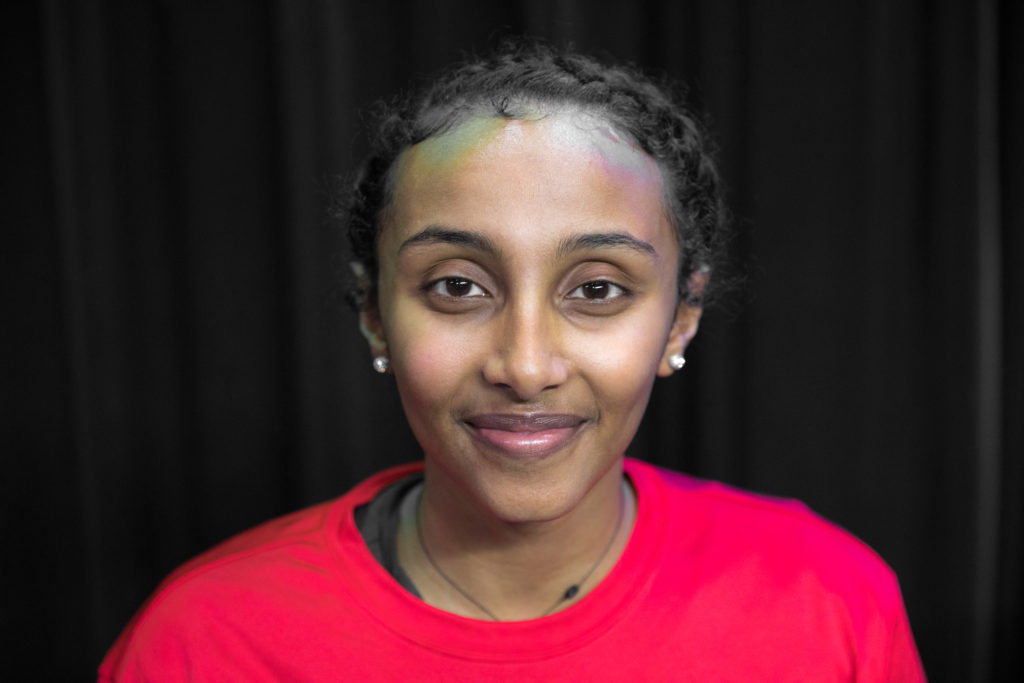 While Kal, 16, was born in DC, she grew up in Ethiopia. Living in Ethiopia allowed Kal to learn from other cultures and gave her a very different perspective, particularly when it came to sports. In Ethiopia, Kal says she got pushback because she wanted to play soccer which was considered a “boys’ sport.” When Kal moved back to the U.S. in the sixth grade, there was a different social perception of girls playing soccer, though she says her mom still wanted her to be a cheerleader. While her mom didn’t approve, Kal says she “followed her heart” and kept playing soccer.

What do you enjoy most about playing soccer?
The feeling of release when you play. You let everything go and your main goal is just the ball and the people on the field. I love that rush of adrenaline you feel as you make a run and forget about the rest of the world and your worries. It’s just the best thing ever.

Besides soccer, what is something you are interested in?
I’m interested in activism and social justice outside of soccer. I spend most of my days doing things that’ll be productive for myself and this world, whether it be environmentally, politically, or socially.

What are you most looking forward to about participating in the 2018 Street Child World Cup in Russia?
I’m looking forward to meeting other girls and boys around this world that are eager to play and love the game as much as I do, if not more. I’m looking forward to that sense of unity that, no matter what language, socioeconomic status, age, sexual orientation, ethnic background or gender, fútbol provides us all with.